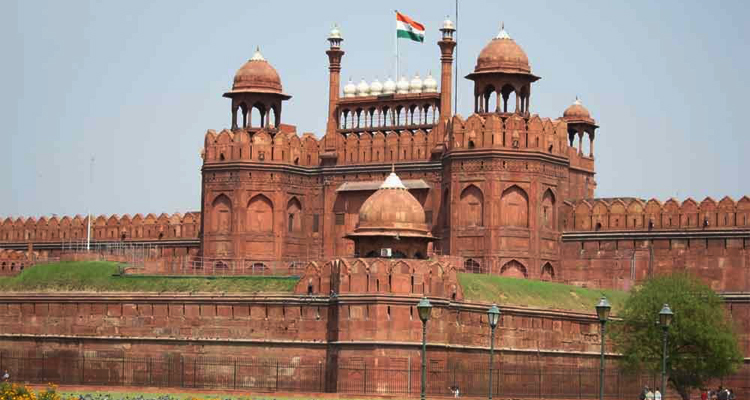 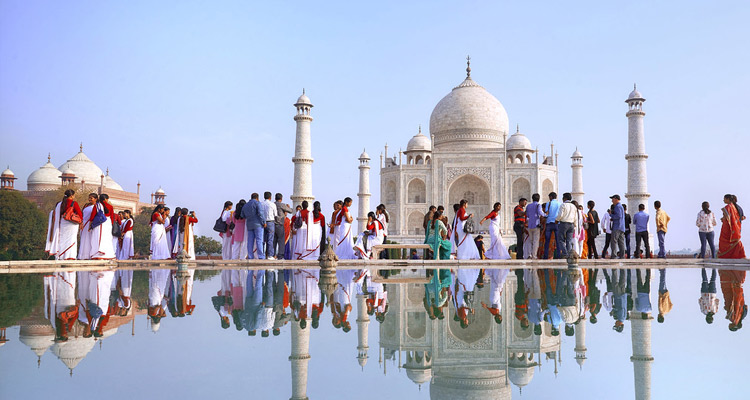 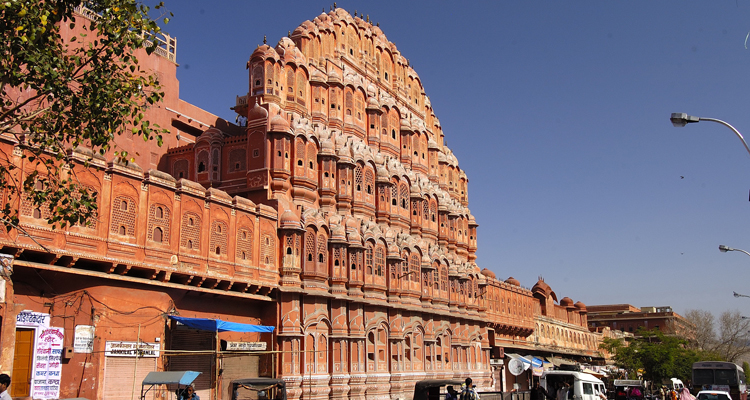 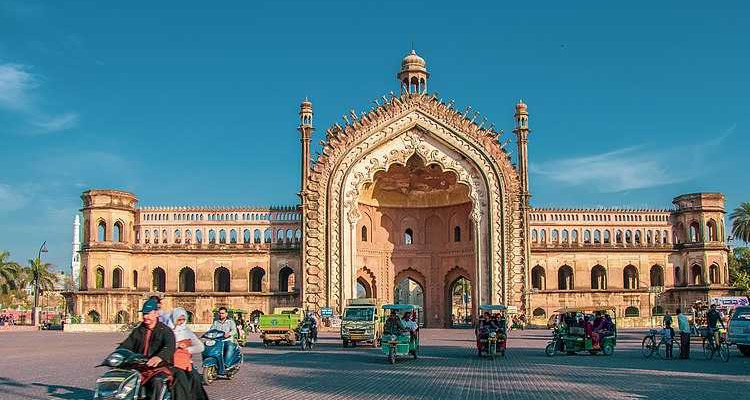 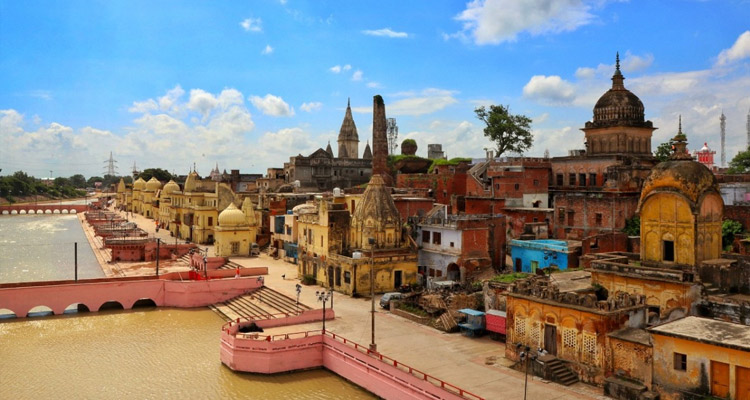 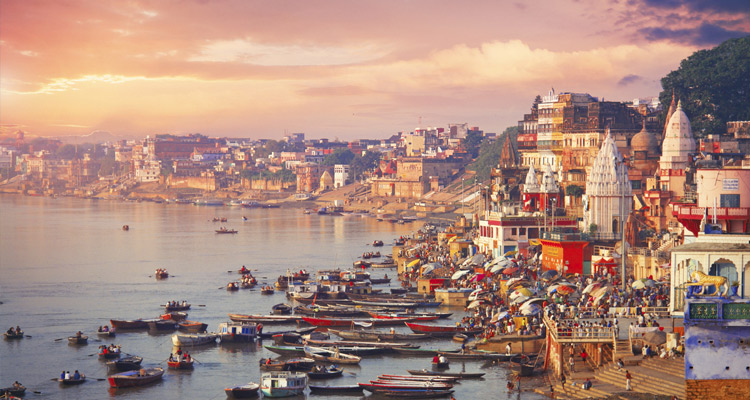 Тhе famous Indian Gоldеn Тriаnglе is соmbinеd with сity оf Nаwаbs Luсknоw, аnd thе sрirituаl destination Аyоdhyа & Vаrаnаsi. During this 15-days tour, you will get a full-blown glimpse of the rich cultural and royal heritage of India. This tour covers three of the most popular tourist destinations – Delhi, Jaipur, and Agra. There is something for everyone at these destinations, whether you’re looking for a taste of British, Rajputana, or Mughal royalty. Continue to Lucknow, the City of Nawabs, is famed for a lot of things, including its cuisine, rich culture, and diverse architectural offerings. Visit the sacred city of Ayodhya, where Lord Rama of Eris Ramayana fame was born. Next, visit Varanasi, one of the bridge sacred towns, and cruise down the Ganges River to see ancient religious rituals.

Start and finish in New Delhi! Golden Triangle Tour with Ayodhya & Varanasi is a 15-days tour package that takes you to New Delhi, India and five other Indian destinations.

Exclusions:
– Personal insurance coverage. (personal loss, illness or damages incurred during trip)
– Monument Entrance Fee.
– Lunch and Dinner
– Tips to the tour guide/driver.
Day 01: Arrive in Delhi
Welcome to India !!
When you arrive in New Delhi, our tour guide will welcome you and take you to the hotel. Once you comfortably check in, you will get leisure time to adjust yourself to the new surroundings and time zone.

Day 02: Delhi Sightseeing
After having your breakfast at the hotel, you will drive to “Old Delhi”.You will appreciate India’s largest mosque, Jama Masjid, and the famous Chandni Chowk market. On your way to New Delhi, you will also visit the remarkable Red Fort.

Day 03: Delhi - Jaipur
After breakfast, you will check out of the hotel and board a flight to Jaipur. During the journey, you will halt at places for refreshment and photo opportunities.

On arriving at Jaipur, you will check into the hotel and spend the remaining day in the hotel on your own.

Day 04: Jaipur Sightseeing
After breakfast, start exploring Jaipur. First attractions is Amber Fort which is located 11 km from Jaipur. You may also enjoy elephant ride here. Later go out to explore the attractions of the city such as City Palace Museum, Jantar Mantar Observatory and Hawa Mahal. Overnight stay in hotel.

Day 05: Jaipur – Ranthambore (180kms - 3 Hrs)
After having breakfast, we will drive to Ranthambore. On arrival in Ranthambore - check into the hotel.
Ranthambore Wildlife Sanctuary - Rajasthan's most renowned wildlife sanctuary, it is 400 sq kms of dry deciduous forest, perfect natural habitat for tigers, and is set in the Aravalli and Vindhya hills, dotted with pavillions and dominated by a hilltop fort. Ranthambore was one of the hunting preserves of the former rulers of Jaipur and because of this the Maharajas ensured the environment was preserved and the forest and their inhabitants well protected. The main attractions of Ranthambore National Park are its tiger and bird population. The 275 km² park is one of the best places in India to see tigers in the wild. It is one of the most filmed wildlife reserves in the world and is also home to animals such as jackal, mongoose, sloth bear, leopard, sambar, chital, nilgai, gazelle, boars, mongoose, Indian Hare, monitor lizards, and plenty of birds.

You will be taken on an evening jungle trip guided by a wildlife expert (driving in a jeep) at the Ranthambore National Park. Night stay at the forest lodge.

Day 06: Ranthambore National Park Safari
Spend the whole day inside the park, enjoying wildlife safaris on jeep or by canter. Try your luck at spotting the elusive Bengal tiger. Visit the Ranthambore Fort situated inside the tiger reserve. Overnight stay will be at Lodge.

Day 07: Ranthambore – Fatehpur Sikri – Agra
After breakfast, drive to Agra via Fatehpur Sikri, the former capital of Mughal ruler Akbar which was abandoned due to lack of water after only few years of occupation. Within the fort are few interesting palaces. Later drive down to Agra - "City of Taj Mahal". On arrival transfer to the hotel. Overnight stay at the hotel.

Day 06: Sightseeing Tour of Agra
Start the day off by visiting the famous Taj Mahal during sunrise. It is the symbol of love built by Emperor Shah Jahan in memory of his wife Mumtaz Mahal. Next, you will visit the Agra Fort (a UNESCO World Heritage site) built by the great Emperor Akbar. Existing since the 11th century, the Fort was expanded by the Mughals and contains several buildings such as the Hall of Public Audience and also several gates (the Delhi Gate and the Lahore Gate are the most famous). After sightseeing, we will take you for shopping in evening where you can pick handicrafts as souvenirs, arts and crafts from the market of Agra. Move towards your hotel in Agra, where you will relax and stay overnight.

Day 08: Agra – Delhi
Early morning at the time of sunrise visit Taj Mahal (best time to visit Taj Mahal). After visit back to the hotel for breakfast and and depart from Agra to Delhi.

Day 09: Agra to Lucknow
Tour Guests will arrive at Lucknow Airport as per their Scheduled flight. Upon arrival they will meet Veena World tour manager at the airport and proceed to hotel. In the evening we Visit Ambedkar Park- a public park and a memorial. Further we drive through the marine drive of Lucknow. Then we have a short Meet & Greet session.

Day 10: Lucknow
Today we explore this land of Nawabs. We visit Rumi darwaja- an example of Awadhi architecture, Clock Tower- India’s largest clock tower, Chota imambara- one of the most beautiful and attractive buildings in the old city, Bada imambara- known for its incredible maze, known as Bhul Bhulaiya locally, British residency- a significant part of the Seige of Lucknow (1857), the ruins of which can still be seen at the site. Further, we pass by Jama masjid- an important religious centre in Lucknow and Chattar Manzil- also known as Umbrella Palace. It still retains its old world charm and now houses the office of the Central Drug Research Institute (CDRI).

Day 11: Lucknow – Ayodhya
Today we proceed to Ayodhya- a popular pilgrim centre. This town is closely associated with Lord Rama, Upon arrival visit Hanuman Garhi- a 10th-century temple of lord Hanuman. Dashrath Mahal- the original residence of King Dashrath- the ruler of Ayodhya and father to Lord Sri Ram. Ram Janmabhumi- the birthplace of Lord Ram, Kanak Bhavan- It is believed that this Bhawan was gifted to Devi Sita by Kaikei immediately after her marriage to Lord Ram. In the evening we stroll around Ram ki paidi for amazing photography, Treta ke Thakur- where Lord Ram conducted Ashwadmedha Yagya, Further we witness a beautiful evening aarti Saryu ghat.

Day 12: Ayodhya – Prayagraj
Today we proceed to Prayagraj- a beautiful city situated at the confluence of the Rivers Ganga, Yamuna and Saraswati. Upon arrival we visit Anand Bhavan- the former residence of Nehru family which has now been transformed into a museum showcasing various artefacts and articles of the era of the Independence movement in India. Allahabad fort- It was built by Emperor Akbar in 1583. The fort stands on the banks of the Yamuna near the confluence with the river Ganges. It is the largest fort built by Akbar. Laying Hanuman Temple-Tthe shrine is an underground pit which houses an enormous image of Lord Hanuman in a lying position. In the evening we enjoy boat ride in Triveni Sangam. (Subject to weather condition)

Day 13: Prayagraj – Varanasi
Today we proceed to Varanasi, en route we visit Sitamarhi- where Sita went into the earth.
Upon arrival at Varanasi, we take a boat ride at Dashashwamedh ghat and witness ganga arati. (Subject to weather condition)

Day 14: Varanasi
Today we visit Kashi Vishwanath Temple - one of the 12 Jyotilinga, Bharat Mata Temple- displays a map of Undivided India, Banaras Hindu University- formerly Central Hindu College, is a public central university, Sankat Mochan Mandir- dedicated to the Hindu God Hanuman, Birla Mandir- known as the Birla Temple because it is built by the Birla Group of Industries, Tulsi Manas Temple- a temple with great historical and cultural importance in Hinduism, Kaal Bhairav Temple- one of the oldest Shiva temples in Varanasi. In the evening we enjoy a Rickshaw ride. Then we have free time for shopping.

Day 15: Varanasi – Delhi Departure
Early in the morning once you are done with your breakfast you will be made to head on for Delhi. On reaching you will be dropped off at your departure location which can be either a railway station or the airport